Stott Park Bobbin Mill dates back to the 19th century and is located in Newby Bridge, Cumbria in England. It was built in 1835 and is just one of 65 similar buildings within the Lake District alone. It provided wooden bobbins for weaving and spinning, which was an important industry in the counties of Lancashire and Yorkshire. Now the mill is owned and operated by English Heritage, and the site is now a working mill museum. 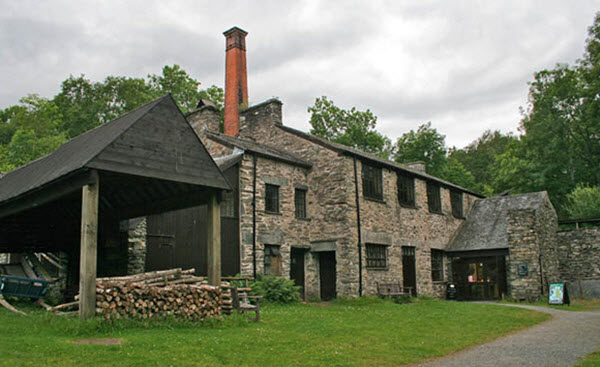 A Brief History of the Mill

The first part of this building was built by John Harrison in 1835 who was the landowner at the time. The mill is believed to be one of just a very select few that were built specifically to create bobbins, as other such mills were actually converted from other older buildings. During this period there was a high demand for bobbins, as the cotton and textile industry was in full swing and the Lake District provided the perfect place for this to occur due to its natural resources – water for the power and woodlands for the bobbins.

In 1850 the mill was put on lease to the Coward family who already owned a number of other properties including another bobbin mill. The family extended the mill, even though this was during a time when the industry was being threatened by improvements in technology and many mills were in fact closing. One factor in the continued success of the mill is its close proximity to the Lakeside railway which was built during this time. The lease ran on until the 1920s when the Cowards finally bought the mill outright and continued to run it until 1971 when the mill finally closed its doors. The mill is one of the last remaining bobbin mills in the Lake District and was listed as a Scheduled Ancient Monument in 1973. The following year the Department of Environment bought the building in order to preserve it, after which it passed to the National Heritage and was finally opened as a museum.

The mill was run by a 24-foot water wheel placed in a stream that fed into the mill pond. Later in its history, this water wheel was replaced by a water turbine and there were new reservoirs added in order to provide more water and therefore more power to the mill. In 1880 there was a small steam engine build and installed which was to provide the power to the mill in the summer months when the water level was not high enough. It continued to work in this manner until 1941 when electricity was finally installed and to this day the machinery is still worked by the electric motor of that time.

The mill is open for the public, who can view how the mill would have been run. For the most part it works on the aforementioned electric motor though on the weekend the steam engine is run in order to put on a show for visitors and demonstrate an older way of running the mill.