Trafford Mill is a watermill found in the small village of Mickle Trafford in Cheshire, England. Due to its historical importance it was awarded the designation of Grade II listed building in accordance with the National Heritage organization. 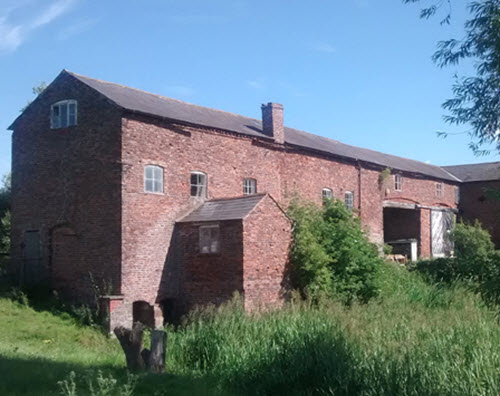 Brief History of the Mill

Trafford mill dates back hundreds of years and was first documented in 1302 in the Cheshire Chamberlain’s Accounts. From this point on there are relatively regular documentations made of the mill. In 1464 the Troutbeck family recorded details of the mill and then there was further records made from the Land Tax returns in 1784 and 1832. During the close of 1767 the mill was put up for lease and details of this were outlined in that month’s edition of the Chester Chronicle. In the advertisement the building was described in the form it now exists in, though back then it was listed as a ‘new built corn mill’ putting the building at around 1760 and thus over one hundred years older than historians had previously thought. In 1917 the mill was sold in the Shrewsbury Sale at which point it was now a three-storey corn mill with two undershot water wheels, barn, stables, a drying kiln and a cow shed, making it a rather comprehensive buy. In 1952 the mill stopped being productive and was taken over by the North West Water Authority. During their ownership the mill fell into disrepair, until the 1970s when it was finally revamped including having the roof repaired and a few other necessities. 1998 saw further repairs being made before it became the building that it is today.

The building follows an L-shaped structure with a Welsh slate roof and a brick chimney. It is believed that the original foundations were actually laid on an oak raft, though foundations at the north end appear to be made from sandstone. The mill that stands here today was actually built in the 18th century and contains both wheels and wheel pits. The northern pit contains a cast iron wheel that connects to the machinery used to sift the flour. This area is believed to be built on medieval foundations and is the explanation as to why the machinery is narrower than would otherwise be normal. The south wheel has a low breast wheel and a set of machinery that drives three pairs of burr stones.

At this time the mill is still not open to the public in an official form. There have been numerous attempts to get charitable status set up for the mill in order to be able to make the mill a museum and add a visitor’s centre, but as yet these attempts have failed. There are a number of small groups that help to maintain the mill in its current form with a kitchen garden being created in 2007 being maintained by a group of volunteers. At this time a local group named Friends of Trafford Mill are the people involved in keeping the mill in good shape.